A Friend of the Blog located in Stockholm filed the following.  She and her husband were rather startled Sunday morning to read in the Washington Post about the dastardly incident in Sweden that occurred Friday night.

Did nothing news-worthy happen in Sweden on Friday, February 17, 2017?

Well, yes. At the concert hall “Berwaldhallen” Robin Ticciati directed the Swedish Radio Symphony Orchestra. They played Wagner (prelude to Lohengrin), Bruch’s 1st violin concert, and Bruckner’s 6th symphony. The star of the evening was a 15-year-old violin soloist, Daniel Lozakovitj. This Stockholm native wowed the audience with his interpretation of Bruch. Keep your eye on Daniel, he’s a rising star.

Well, that’s about it for Friday night in Sweden. Perhaps we need to keep our country safe from Wagner; anyone who tries to make me listen to the whole Ring cycle has got a fight on his hands. Maybe the Canadians are plotting something. Or perhaps there’s more to the Exhibition for Agricultural Machinery, Cattle and Horse Supplies than meets the eye. 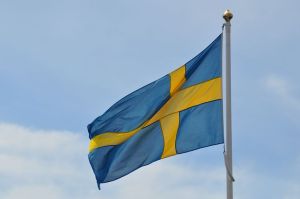 EDITORIAL UPDATE:  President Trump indicated in a tweet on Sunday, February 19 that he had no personal knowledge of the incident in Sweden and was only passing on what he mistakenly heard on Fox News. Because, you know, he would rather rely on what he hears from Fox News than the #$&&@*@ briefings he receives from U.S. intelligence agencies.